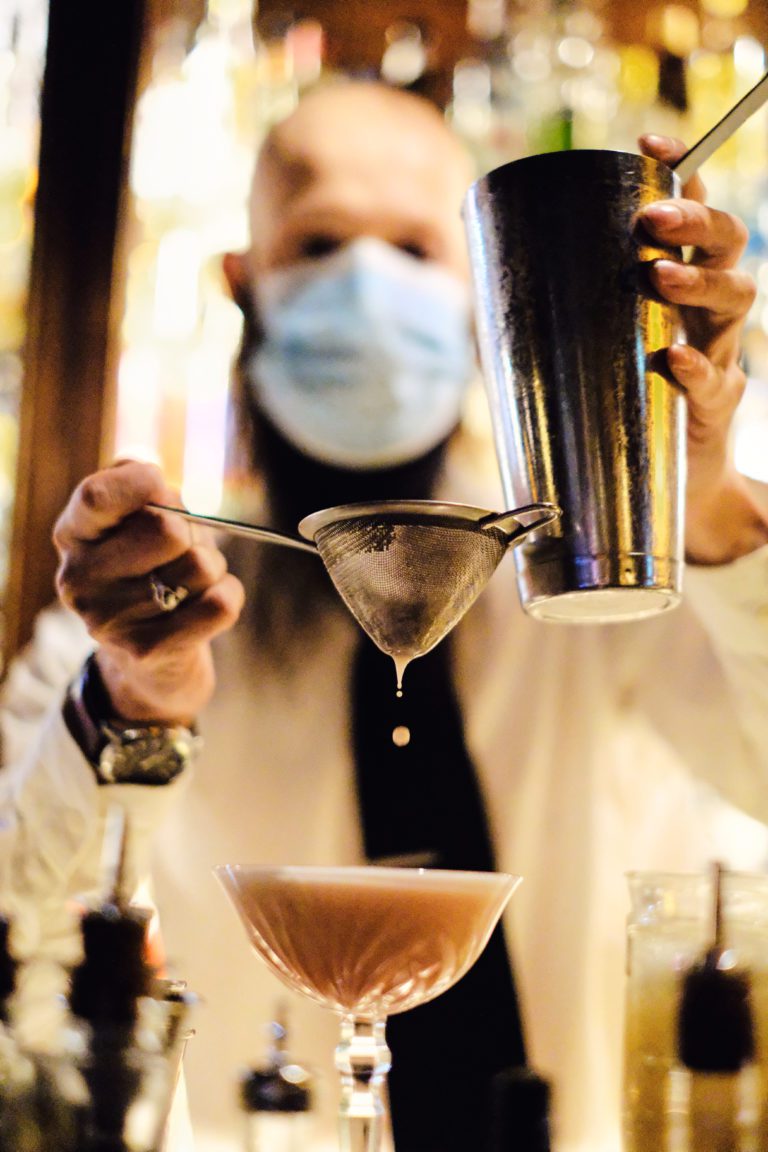 BITTERS : Concentrate of essences (alcohol with macerations.
a large number of herbs, spices, barks, etc..) with a variety
infinite tastes and styles, often compared to the bartender’s salt and pepper.

MEZCAL : Mexican brandy made from agaves with a smoky taste.

PORTO BLANC :Portuguese fortified wines made exclusively from white grapes aged in barrels for at least two or three years.

SHRUB : Vinegar syrup. Provides sweetness
and acidity of the cocktail into a product.

All our suppliers have been carefully selected. The products come directly from Halles Paul Bocuse.